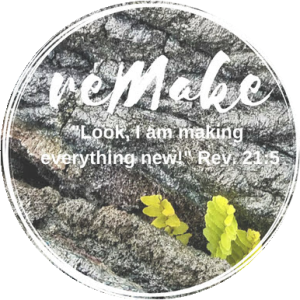 If you haven’t already read the first part of this six-part series on followership start here. Or find out how Ruth followed Naomi, David followed Saul, Paul followed Jesus or how we follow Jesus.

Joshua’s following was one of mentorship. He trained, learned and followed his mentor, Moses. I’ve had mentors in my life and what a privilege to have someone take time and impart their skills and knowledge. To pour into my life to make me better. Maybe you know someone who has or is leading you in a new job or craft. Someone encouraging you in your role as parent or child. Pastor or teacher. Soak in what they have to offer. Appreciate the wisdom they give. Follow well.

1.) Joshua was molded and trained

Joshua comes bounding onto the pages of history when Moses calls him to lead the battle against the Amalikaites (or Battle of Rephidim). The Israelites, recently released from bondage in Egypt, had miraculously crossed the Red Sea less than 20 days before the Amalikites attacked. Joshua’s character wasn’t gleened from a description as much as it was through context. His skills and abilities are deduced from the trust and reliance Moses placed on him. We know he was not only a warrior, but a strategist. He was both brave and shrewd. Moses did not give him a battle plan, just an assignment: “Choose some of our men and  go out to fight the Amalekites” (Ex 17:9 NLT). Scripture tells us they were already under attack, so the picture here is one of urgency, possibly even chaos. There was no time for a game plan. But Joshua was up for the challenge.

Over the years I’ve been through classes, training, programs and studies.  I’ve found areas where I have natural abilites, even a love for the work. Places I’ve flourished and grown. There have been times when I’ve been asked to use my abilities exclusively at the direction of someone else. It’s like being a talented architect who’s asked to design a building based completely on another’s plan. You use your skills, but under someone else’s oversight and leadership. I’d love to say I’ve worked completely altruistically, but frankly I like to be calling the shots. I want my stamp on it. Sometimes it’s a hard pill to swallow when someone else is in charge, especially in an area I’m good at.

It’s important to note that Joshua was most certainly following Moses. Together with his brother Aaron and Hur, an elder of the community, Moses went to the top of the hill where the soldiers could see them. As long as Moses held up his hands the Israelites were successful, when he lowered them they were not. Joshua was leading the battle, but he was following Moses’, and ultimately God’s, authority.

Remembering that I’m following God, not people, I can keep a humble, even grateful attitude. God is calling the shots.

2.) Joshua was obedient in his role
Later, God instructed Moses to bring Aaron, his two sons and seventy elders to the base of Mount Siani (Ex 24:1). Only Moses was allowed to approach God in the cloud that settled on the mountain, but Joshua accompanied Moses up to the cloud where the glory of the Lord descended. For six days Joshua waited with Moses and then another 40 days and nights as Moses entered the cloud. Imagine the patience, endurance and dedication it took to wait with no other instructions. I don’t know about you, but “wait” is not a part of my vocabulary. We live in a world with a “what’s in it for me?” mentality.  I don’t like waiting on a red light. Imagine waiting over a month for someone to return! We don’t know what he did (seriously, did he have a deck of cards or something??) but Joshua stayed the course. Moses spent 40 days receiving detailed instructions from God Almighty to pass on to the Israelites. Moses’ character, molded in the presence of God to become a wise and (mostly) patient leader, would be put to the test by a fickle, unruly and disobedient people. But just outside the splendor of God’s presence, Joshua’s character was being developed in a different but equally important way. An unwavering dedication to the man whom God had called. A humility to remain the aide to Moses, with no agenda of his own. Perseverance to follow his last instructions without deviating. I believe a person with a singular love, trust and dedication to God would have the same for the person God called him to follow.

Moses continues to converse directly with God and Joshua is left guarding the tent of meeting where Moses has those conversations (Ex 33:7-11). Even after Moses left to return to camp, Joshua stayed behind to guard the tent. I see in Joshua, based on his actions, a peaceful contentment. Imagine waiting outside a boardroom as a meeting, to which you weren’t invited, is held. When the meeting breaks for lunch and the members leave, you stay behind to make sure no one disturbs the room. How long would it be before you were ready to either join the meeting or move on to bigger and better things? Let’s get real, I’d be looking for a new job! But Joshua must have found satisfaction in the role he was assigned. An assignment given to him by God through Moses. God sets up leaders, managers and authority figures, to facilitate the roles He has ordained. Only through our complete obedience to God will we have the humility, patience and endurance to follow those leaders.

3.) Joshua supported his leader
Joshua’s dedication to Moses continues. Joshua witnesses the elders of the community prophecy (Num 11:27-29). Rather than confront the elders himself, Joshua takes up the issue with Moses, who tells him to allow it. The wisdom and courage as Joshua defers to Moses certainly equals the qualities of a leader. Someone of lesser integrity might have confronted the elders directly, or ignored their behaviour entirely. Joshua, ever the servant and follower, was not passive, weak, fearful or mindless. He spoke his peace to Moses and then followed his instructions.

The two roles, leader and follower, are inextricably linked to accomplish God’s plan.  Just as Moses was used by God to lead the Israelites, so too was Joshua used in God’s grand design to accomplish his promise to Abraham. Ultimately Joshua was passed the baton to see the Israelites into the promised land. His faithfulness as assistant qualified him as the successor to Moses. There was no indication that this was Joshua’s goal. In fact, had it been, he would have missed important lessons and necessary development that prepared him to lead.

Understanding that God loves, cares for and created us equally is essential to following well.  Our value and contribution as a follower are no less important than for those God calls to lead. The role is different, but the call is equal.

Next week I will look at how Ruth followed Naomi.

One thought on “The Best Leaders Are Followers: 3 Qualities of Joshua”